About Us (Me Really) 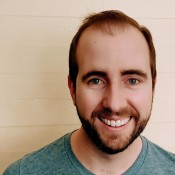 Python Morsels was created by me, Trey Hunner. I'm a Python trainer for teams, I'm a former director of the Python Software Foundation, and a frequent speaker at Python conferences. I love Python and the Python community.

I started using Python for web consulting in 2009. Since 2015, I've focused my energy primarily on teaching Python to other developers. Through my training company, Truthful Technology LLC, I've taught hundreds of developers in both small and large teams through on-site and remote Python team training.

Around the time I started training, I also started writing Python articles and speaking at Python conferences and for a couple years I held weekly Python chats online.

The start of Python Morsels

Shortly after I started making exercise-driven curriculum for my Python trainings, I had the idea to make a weekly Python exercise service. For a couple years, I occasionally wrote down ideas for exercises but I didn't actually try out my idea for a Python exercise system until late 2017, when I beta tested an early version of Python Morsels with a few friends (who loved it and gave me lots of great feedback).

In early 2018, I launched the first version of Python Morsels. At first it was just an email list. Months later it became a website. Now it's a much smarter system with bonuses, skill levels, hints, solution grading, and more.

The most effective way to improve your Python skills is by writing Python code that utilizes the features you're trying to learn. This makes Python exercises are great candidate for continued Python learning.

While I love programming exercises, so much so that I even list competing exercise services on my Python Resources page. But Python exercises that are both fun and effective learning tools are hard to come by. I spend a lot of time coming up with ideas for new Python Morsels exercises each week and I think this is apparent by the quality of the exercises in Python Morsels.

Habitual learning is more effective than binge-learning. Spacing your learning out over many weeks allows for both recall and reflection, both of which are important for learning. I don't want you to sign up for a learning service and forget about it but I also don't want you to sign up and try to cram everything in your head at once. You need time to reflect and you need time to forget (you can't practice recall without forgetting).

I'm constantly expanding my idea of what Python Morsels is. As of the last time I've updated this page, there's no community yet, there's no grouping of exercises by topic, there's no formal non-exercise-based curriculum to read through between exercises, there's no equivalent of video courses, and there's no real way to share your Python Morsels accomplishments with others.

Python Morsels is a labor of love for me and I don't plan to stop or pause my work on it anytime soon.


If you'd like to contact me about Python Morsels, Python team training, or anything else always feel free to send me an email.